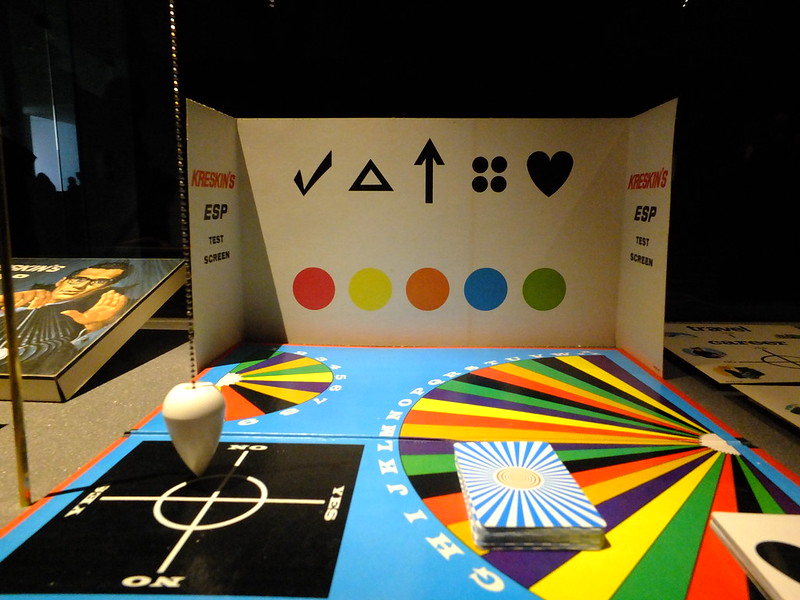 About three in four Americans believe they possess some form of paranormal ability, most popular of which is ESP (Extrasensory Perception) that accounts for 41% of all paranormal beliefs. Are you part of the 75% of Americans with some level of extra sensory perception?

Have you ever been able to seemingly predict that something was going to happen in the future? If not, surely there will be someone else around you who claims to foresee the future, distant objects or something they can’t quite understand or venture to even examine.

Extrasensory Perception (ESP) also known as the “Sixth Sense” is a sense that is independent of our five basic senses of sight, hearing, smell, touch and taste; in truth, it’s actually a catch all phrase for a series of sense perceived in the mind and through mediums that are separate from our normal senses.

The branch of psychology dealing with ESP is known as parapsychology. The main difference between ESP and other instinctive abilities is that ESP is an instinctive response or action that is not known to be triggered by a physical or chemical stimuli, it’s in the form of mental thoughts that trigger within the mind. Our five senses constantly absorb data or stimuli from our surroundings and our brain constantly processes and organizes this data unconsciously. With respect to Clairvoyance, many people at varying degrees are able to process this apparently irrelevant data and connect little pieces of information together in order to foresee an exact picture of something at a distance; Many of those people, as the Gallup poll points out, have no idea what they are perceiving or assembling. They are just aware of something they cannot quite understand or are fearful of consciously processing and this is often how ESP works.

Telepathy is the art of reading minds of others while Clairvoyance is the capability to predict some distant thing or event. Retro

Not all human beings experience paranormal or at least, they are unaware of the impact it may be having on them. There is also conflict among ESP believers, with some saying that all human beings involuntarily experience it, while others say that only a few possess the special power that allows them to be able to go into the mental state to experience it.

Despite a lot of work over a period of more than 100 years, parapsychology could have not been able to give satisfactory answers on how it works, to satisfy scientists of other disciplines and other psychologists working in other areas of psychology. Scientists claim that Parapsychology is not based on scientific evidence rather it is based on anecdotal evidence. Critics argue that experiments to prove various phenomenon of parapsychology were not undertaken under proper controls, and they lack repeatability as well.

My first fully conscious experience with remote viewing and ESP as a whole occurred back in 2004 and centered around the birth of my second daughter. My first child was born via a process of invitro fertilization back in 2002. During that time, I lived in New York city and was aware of a young lady who worked for my sister-in-law who had the amazing ability to be able to tell her co-workers about a great amount of the details of their lives including the health of their relationships as well as future events that would occur. I knew of this person only through a connection mutual but her skills were widely known and talked about on more than a few occasions by believers and skeptics alike. It was not until the Summer of 2003 that her span of knowledge focused on my family. By this time my ex-wife and I had moved from NYC to Philadelphia so our involvement within anyone in the NY area was limited to just one person, my sister-in-law. It was at that time that my ex-wife wasn’t feeling well had decided to get a checkup at the doctors. This visit was just a random act – a nonevent which was not made aware to anyone but when she returned home I learned of two separate things in sequence. The first news was a surprise as she mentioned that the Dr thought she might be pregnant again. Considering our challenges with conception for our first child, this was a pleasant surprise but not all that remarkable since natural pregnancy after invitro was not all that uncommon. What was, however, quite surprising was that on that same day post our understanding of the new, my ex received an unexpected call from her sister. It seems the young lady who had worked for my former sister-in-law, while they were no longer working at the same company, this person called my former sister in law simply to reconnect but during that call she inquired as to the health of my ex-wife. Startled by the question by sister-in-law replied “ she’s fine, why do you ask” and was immediately told “You do know she’s pregnant don’t you?” This statement prompted an immediate call to my ex, just minutes after we had learned on the possibility with my sister-in-law blurting out “Glenda, Minka says you are pregnant”.  To this day I remain starved for explanations but fully aware of the fact that things we as a species don’t know could fill all of the oceans while what we do know would be just a glass of water from that ocean.

Science however requires more than just amazement. As ESP is considered something extraordinary, scientists require 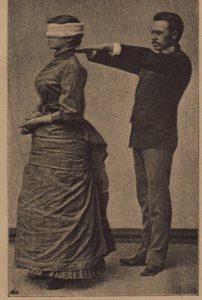 extraordinary evidence to believe in it. A scenario where our dreams come true, our prediction about someone or something becomes reality or our hunch about thoughts of someone else exactly reflects in his or her behavior; this scenario is considered totally a coincidence by the scientists criticizing ESP and paranormal phenomenon.

But while many scientists remain sceptics, there is clearly evidence to support the claims made by practitioners. In 1972 US intelligence agency CIA conducted a research program at Stanford Institute, California. The main drive behind undertaking this research program was the research of the former Soviet Union on psychic abilities. Firstly, the Soviets offered what was at that time, a quarter of a million dollars for proof that psychic abilities exist.  Later on they increased this payout to $1.5 million dollars and this prompted the attention of the United States’ CIA; surely there would be some justifiable reason to increase the payout, in other words, they must have been achieving results from the program.

So, US intelligence agencies also decided to work to identify people with psychic abilities, in the interest of the country’s future security.

This prompted the CIA to create numerous research programs to test what they call Remote Viewing. They believed that remote viewing abilities can be improved by training the individuals who are psychically gifted and all participants were required to maintain a minimum 65% psychic accuracy criteria throughout the training program. Several participants were Scientologists, several already claimed to be remote viewers and famous television personality Uri Geller was also one of the trainees of this program.

Later in 1977 Gondola Wish program initiated by the Army Assistant Chief of Staff for CIA whose purpose was to train personnel to collect sensitive intelligence using psychic abilities and in turn determine potential threats, weaknesses, and methods for defense. After a year it was named the “Grill Flame” project. In 1989, there was also a program being run out of the Forte Meade military base. During that time an investigative journalist brought the research to an end after stealing materials from the research project. This prompted the National Academy of Sciences and the National Research Council to quickly halt all future funding for the program. It turns out no politician wanted to be associated with investing tax dollars in ideas of the paranormal.

This, however, did not discourage CIA and the project continued with a new name and new center. Later on in 1991, the name of the project was released and known as ‘Stargate’. The US government spent $20 million on it and claimed to produce unbelievable results.

In these challenging circumstances of extreme criticism for parapsychology, a parapsychologist named Charles T. Tart is one 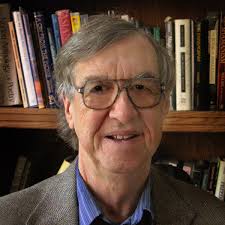 of those who still hope for introducing a correlation between scientific knowledge and paranormal phenomenon. He is not only hoping but also making persistent efforts to minimize the distance between these two discrete sets of knowledge.

The most interesting fact about the life of Charles T. Tart is: he preferred to study the discipline of psychology over electric engineering that he was pursuing as his undergraduate study program. Despite his achievements in engineering discipline like achieving a First Class Radiotelephone License from the Federal Communications Commission and working as a radio engineer; he decided to quit electrical engineering; so what was the main reason behind this major step. The answer is his quest for studying unconsciousness and spirituality lead him to take this step.

According to Tart, he studied a lot of books related to scientific knowledge and possesses knowledge ranging from basic to advanced levels about various scientific phenomenon, then he started to study spirituality and unconsciousness and developed a quest for doing remarkable work for parapsychology. Now he wants to bridge the gap among scientific and spiritual communities.

After deciding to pursue the psychology as his post graduate study discipline, he choose Duke University to s 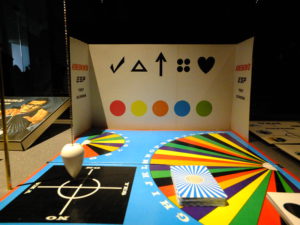 tudy Psychology under the supervision of Professor J. B Rhine who is the founder of parapsychology and this is the most favorable factor in the overall psychological career of Tart. He successfully completed his Ph. D degree at University of Carolina, Chapel Hill in 1963; his postdoctoral research topic was Hypnosis and this is why he undertook many experiments related to consciousness and wrote his first book ‘Altered state of consciousness in 1969 as hypnosis focuses mainly on consciousness. Later in 1986 he published his book ‘Waking Up’, where he enclosed the phrase “consensus trance” and linked normal waking consciousness to hypnotic trance.

He acted as a research consultant on government funded para-psychological research at the Stanford Research Institute.

While teaching at the school of medicine at the University of Virginia, Tart worked for designing of the automatic ESP testing device which he named as ESP automatic tester (ESPATESTER) and this is his major contribution to ESP and parapsychology.

Another worthwhile work of the Tart is the introduction of the concept of hypnotic trance induction and consensus trance induction that he mentioned in his book “Waking Up”. These two concepts basically explain how we are influenced by society and spend our whole lives for the sake of society alone and how it can be overcome by awakening one by directing him towards self-observation.

After a long list of Tart’s achievements, you would be thinking that questions in parapsychology would have been answered and conflicts would have been resolved among scientists and supporters of paranormal but this is not the case, there are many studies concluded by Tart that became controversial and are still being debated. One controversial study of Tart is OBE Experiment where subject was observed with the help of EEG machine but this experiment was not undertaken under controlled conditions and the information guessed by subject was suspected to be influenced by sensory information, secondly it was not repeated also in order to collect the true evidence

Second controversial experiment is psychokinesis experiment where subject was asked to guess numbers and characters on a card, again this experiment also performed under uncontrolled conditions where cues were easily available to the subject and in this way the answers of the subject were said to influence from sensory perceptions.