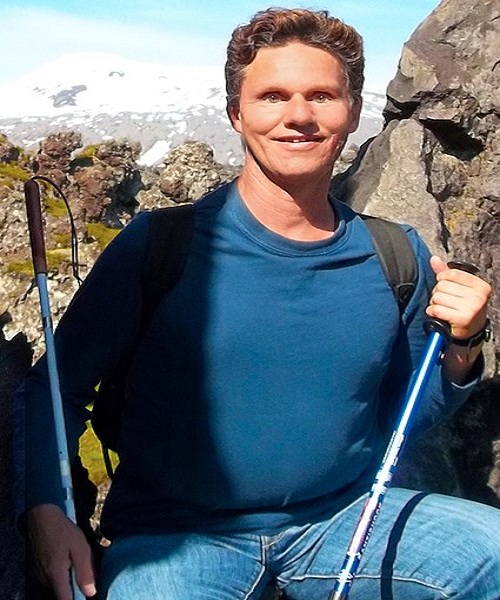 With a network of 86 billion neurons and the power to absorb 100 million bits of information per second from various senses, the human brain is no less than a miracle and an unsolved mystery. Our abilities to shape its function over time similar to forming the growth of a bonsai tree is even more remarkable suggesting that while we are all sapient beings, we all exist with a tremendous amount of flexibility to truly adapt in an incalculable number of ways.

Whatever we do or feel throughout the entirety of our lives is the mechanism of triggering neurons (also called nerve cells) spread throughout our bodies. In fact, these are the nerve cells that enable our interaction with our environment.

Whenever we sense something in the environment through one of our 5 plus senses of Sight, Touch, Taste, Smell and Hearing, those sensations or stimuli, come in the form of an electrical poke into our brain. Every soft touch on our skin, every bright color reaching retinas of our eyes, every itching smell stimulating our nose, every sweet syrup on our tongue, every whisper vibrating the tiny bones in our ears creates a burst of electrical activity in our brain. Once sensation is received from the environment, neurons release neuro-transmitting chemicals that communicate messages to target neurons.

Thus with the help of a small chemical reaction and electrical charges, these 86 billion 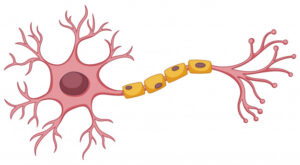 Once the neurons are activated, they not only communicate messages to other neurons, but also create new connections and discard ones that are seldom used. In this way, our sensations shape our brains, which not only determines but at times changes how these same sensations will be processed in the future. That means our brain has an incredible ability to make new routes & connections when existing connections are lost or damaged. We are literally able to reshape our bodies into forms of humans and nature works to find a way to fill gaps in abilities in order to survive. 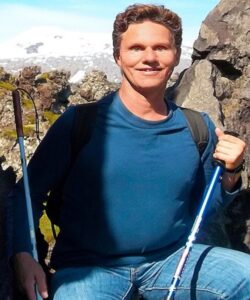 DANIEL KISH – President of World Access for the Blind

One perfect example of this phenomenon is Daniel Kish, a blind man who sees the world through sound.

I first learned of Daniel back in 2000 when as a 16 year old  boy he appeared on the wildly popular Ripley’s Believe It Or Not show in an episode entitled Bath Man (see link below) which regularly presented strange occurrences, odd historical facts and unusual abilities to an amazed viewing audience of American viewers. He appeared on the show for about a 10 minute episode that focused in on his adapted ability to see using sound.

Like bats and dolphins, Daniel Kish became an expert in echolocation and is the first human to be recognized to have been able to develop such an adaptation. Now, he acts as a trainer of many other blind people around the world and trains them to use echolocation techniques so that they may spend an independent life as he does. He even travels alone around the world and enjoys bike ride on the road.

Daniel Kish lost his eyes in his battle with retinal cancer when he was just 13 months old. To develop a picture of the world around him, he started to make clicking sounds, these clicks somehow reshaped his brain but for Daniel, this was a stumble upon event.

According to Daniel Kish, this echolocation ability is imprinted in our core [so] that most blind children can start echolocation automatically. But [most] parents [or] vision teachers [mis-]interpret these clicking sounds [as] a bit awkward and [often] discourage these sounds. On the other hand, Daniel Kish’s mother encouraged this behavior that enabled him to live independently without any attendant & thus made him inspiration for many.

He successfully completed his Master’s degrees in Developmental Psychology and he is the first completely blind person to become officially a Certified Orientation and Mobility Specialist, he also got National Blindness Professional Certificate.

Kish aims to raise awareness about human echolocation around the world to organization World Access for the blind in year 2000. He claims that he has provided complete training of echolocation techniques to at least 2500 young people plus thousands of vision teachers and professionals around the globe. He offers coaching classes in small group[s] and even one-on-one in field exercises with a recommendation to his trainees to raise awareness about these techniques. Kish holds [a] very different opinion about echolocation than anyone of us holds. He considers a [strong] relation between echolocation & employment & mobility. Blind people who can visualize through echolocation [have been shown to be more likely to] earn better livelihood than [blind people] who don’t use echolocation for visualization & thus [have the potential to] enjoy better living standard.

He has supported many scientific studies related to human echolocation, one famous study in which Kish presented himself for the experimentation. In this experiment, Kish’s brain and other echolocation experts’ brains were scanned through Magnetic Resonance imaging (MRI). The purpose of this MRI scan was to observe the parts of the brain that deal with echolocation in order to test the hypothesis that the parts of the brain processing visual information in sighted people are used to process echo information in blind echolocation experts. This study concluded:

“The processing of click-echoes recruits brain regions typically devoted to vision rather than audition in both early and late blind echolocation experts.”

Moreover, in 2017 Kish Collaborated with researchers from six different educational institutes of the world for a detailed research of the echolocation techniques and their further refinement

How Kish’s Echolocation method is different from those of others?

The ultimate mission of Kish is to bring teaching methodology of echolocation to a level where he could develop better methods of coaching, develop some devices or enhancement tools so that people may learn it easily & apply it effectively.

If we start to think differently, we may reshape our brains as Daniel Kish did. Our brain makes new connections and discards the ones that are used seldom, so if we adapt to the favorable changes around us, we may enhance our potential. The key however for Daniel was the age at which he lost his sight and the fact that Nature Abhors a Vacuum. Our bodies are pre-programmed to construct the infrastructure that was coded into our DNA. When we are in the womb, we develop arms, legs, eyes, etc., and that development continues long after we leave the womb, in a regular path of development. The body has stored energy and momentum that is programmed for specific developmental activities. When Daniel however lost his sight at 13 months however, while the ability to further develop his vision ended, that momentum continued forward looking for another outlet for development. When Daniel began to experiment with his body and his sense’s relationship with the environment around him, he was able to make an unconscious connection between the sound that he was putting out into the world and the ways by which the world was responding to that sound. As he developed this skill, he began to become more conscious of it especially when he compared his process to the ways by which sighted people experience the world. Daniel’s connection was made at such a young age that he was able to take that momentum and create a new potential. Today, while he has experienced the greatest results when working with younger people, he still sees good results with older students.

Think about it this way. As humans we are bound by our physical structure of two arms, two legs, etc. That inherent form means that we will never be able to grow wings and fly because that is outside of the possibility of our genetic structure – the hard coded human. Daniel was able to deviate from the hard-coded structure because of the age at which he experienced his loss and this shows the human specie’s amazing abilities at adaptation. But just because our physical ability to redefine our bodies at a physiological level becomes more limited with each passing day at birth, this does not mean our abilities are eliminated. I believe we all have 5 Observational groupings of abilities that include Mental, Physical, Social, Emotional and Spiritual area of abilities and these observational areas work together to provide us with opportunities to understand how “We Work”. While we may not be able to grow wings at a physical level, out Mental abilities, like nature abhorring a vacuum, seek to fill gaps through innovation just as Leonardo Da Vinci envisioned in the 1500s and Wilbur and Orville Wright in 1903, so to have innovators around the world found ways to expand beyond the possibilities to fill the vacuum of “What If” and “Why can’t I”. Through that thought process and with a dream to fly man created a new way to grow wings.

If you are reading this article then you are already hard baked which means very little can be done at a physical level to transform our bodies outside of our current form but the world of opportunities still exist for those who can make new connections from a cognitive standpoint. By learning to adapt, we may be able to recognize our instinctive advantage. It requires conscious thought and effort. We can do it by leveraging our unconscious instincts that we have never paid attention to and once we are able to recognize those subconscious tendencies, then we can begin to take advantage of a new world of opportunities. Instincts such as Curiosity, Bravery, Leadership, the power of observation are all that is required of the more than 37 instincts we all possess, to move out lives into new directions.

There are many instincts that have been imprinted in our core but we never go for conscious and consistent thinking that may enable us to recognize them. These instincts or tendencies are our inherent abilities, only the need is to identify them so that we may reach our maximum potential. As dolphins and whales adapted and evolved the ability to echo-locate, human beings have also adapted and evolved many abilities and they are now embedded in our core. The ones that truly add value to moving your life forward are your instinctive advantages from which ease of your greatest abilities can emerge. We can recognize our instinctive advantage if we become able to visualize the invisible around us.

Think Differently and learn to identify and leverage your IA, the results can be life-changing