How homosapiens evolved from violent beings to peaceful ones?

How many times did it happen to you that upon getting access to the latest news, you somehow felt that we as a species are the most violent and hostile one than that of other species on this earth? Surely, it would have happened to you countless times. But the reality is quite the opposite; the human being is the super cooperative and the most peaceful species on this earth. Apes and humans are believed to have the same ancestors; still, none of our fellow apes could be recognized by empathy, altruism, and negotiation conflict resolution as humans could be.

Scientists are curious about how it happened; how we became peaceful in the first place, and why man preferred reconciliation over violence. There are various diverse factors behind it, identified by different researchers at different times. Human language, cooperative behavior, human culturalism, domestication, and reduced levels of aggression related hormones are thought to be responsible for peaceful existence and reduced violence (Although there are conflicts among scientists for one or more of them still there is a broad spectrum of acceptance among them in this regard). 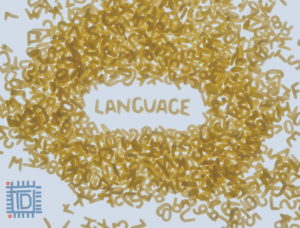 human language is the greatest evidence of this fact. Human speech is the main dividing line among human and other species. Our ability to speak is not merely a method of communication, but it’s what strengthened all our other special abilities and led us towards a path of development and discoveries.

Although animal communication is also quite impressive and humans are believed to evolve their linguistic capabilities from great apes but unique characteristics of human language like arbitrariness, discreteness, displacement, productivity, semanticity, and duality of patterning are what differentiate it greatly from all forms of animal communication and that ensure the expression of complex pieces of information and ideas. It really counts what we have accomplished so far with the help of human language. When we are able to deliver complex pieces of information through human language, it translates into a communication level that other species cannot even imagine.

We have an instinct for language. We are born with an instinct for associating spoken words with ideas. Our powerful imaginations begged for something like language to organize and share our ideas with others.

Various researches have found a correlation between human language, communication, intelligence and peaceful societal relations. Furthermore, there is a strong link between size of the brain and group size that means peaceful societal relations lead to higher brain size and vice versa. Contrary to violence, peaceful conflict resolution requires much more social memory, empathy and understanding. So, scientists believe it is human language, intelligence and communication that originated and advanced the peaceful existence of human beings on this planet.

The Co-opetition is a term for the mix of competition and cooperation, which represents the idea of cooperating with your competitors. When implied practically, it saves resources and 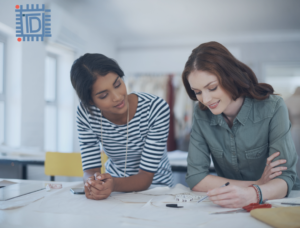 enhances the effectiveness of efforts. There are many things in the human world that could not be undertaken without collaborative partnerships. For instance, if one tribe is better at doing A while the other is better at B, they could trade skills; or if one tribe has A commodity in excess and the other has less or nothing of it, it still makes sense to share A at the right price. The ancient humans followed the barter system to exchange goods or services and traded things even with the members of a rival tribe.

Our social instincts are at the base of co-opetition – they provoke us to compete for resources and opportunities; at the same time, they provoke us to cooperate towards shared ends. The co-opetition gave rise to empathy and sophisticated communication that supported social harmony and taught about peaceful resolution of disagreements. This is how human beings worked to quit violence and opened the doors for peace.

Development of Socio-culture systems
Culture comprises most of our ideas about the world. The different sections of the cultural 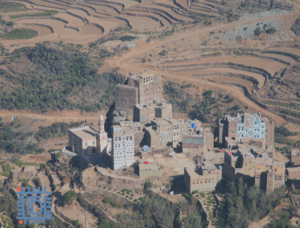 manual such as food culture, family culture, sex culture, safety culture, hygiene culture and social culture are taught both actively and passively, to up and coming members of society. The guidelines and procedures defined there in the manual have something to say about what we should do at each step of our lives and what we should avoid.

This is how cultural development promoted stability, harmony and in turn promoted a decline in violence. Furthermore, culturalism ensured development and enforcement of social rules; set punishment for social deviants; ensured fairness i.e. every member of society must get his share or rewards according to his effort and contribution towards the society.

Another socio-cultural factor that contributed towards the reduction of violence is our social instincts – we have been gravitating towards those behaviors that are appropriate as determined by culture, whether through laws or taboos. Society determines how we must behave. Our compliance with these norms is ensured by our social instincts,the legal system, and a moral code.

Man felt uneasy when he did something against the culture. Think for a moment, don’t you consider ideas assimilated from society as a security blanket that makes you socially at ease? And imagine if this security blanket is pulled from you for a moment, you would find yourself in a state of chaos and never ending insecurity. This was exactly the case with ancient humans, and this is what compelled them to end the violence and pursue mutual cooperation.

We see that domesticated animals like cats, dogs, cows, goats, sheeps or chicken are more 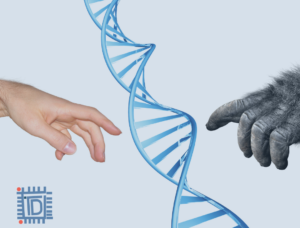 tolerant, more compliant and less aggressive than those of other wild animals – the idea is that our ancient ancestors would have undergone the same kind of domestication. So, the question is how did we transition to being a civilized species? And what tamed us? Different researchers have tried different experiments to find answers to this question. One famous experiment ‘domestication of Siberian fox’ was undertaken by a Russian biologist in 1960 that lasted for 15 years and ended in 1975. It took two generations before researchers recognized a significant change in the behavior of offspring, they were more approachable and submissive as compared to other wild foxes. By the fourth generation, the structural change was recognizable, that means hard wiring started to change in a very short period of time. By the 15th   tails had become shorter by 3 to 4 vertebrae. Yes, that’s a structural change on the body, and this occurred by 1975. The journey of the domestication of humans lasted however for far longer – by some estimates, longer than 600 paternal grandmothers across 40,000 years. As we became tame, we transitioned from violent beings to peaceful beings.

Sapiens are the only humans or, for that matter, animals that can form in large groups around an abstract concept. We came together for common causes, traveled to foreign lands. The main idea is, somewhere along the line, human societies became so large that keeping watch on every single individual became too cognitively demanding. Then, humans did something that is totally unthinkable for other apes: we developed trust that strangers aren’t a threat, and we can peacefully coexist with those with whom we have no relationship whatsoever 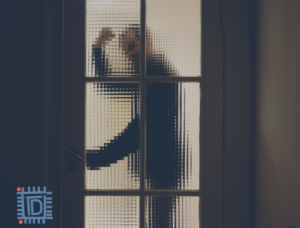 antisocial behavior. Although it’s not possible to measure testosterone levels from fossils, certain evidence supports the idea that average levels of circulating testosterone have steadily dropped in our species over the 300,000 years. This evidence has been collected from the modification of our faces – our brow ridge has become less prominent and our faces have become more rounded. The evidence correlates with differences in testosterone among living humans, so the conclusion is our species experienced a gradual drop in testosterone among both sexes. This made our species less violent, more calm and more tolerant.

So, when we consider all the above factors, we realize that human species travelled a long journey of evolution and evolved linguistic capabilities, honed social instincts, formed socio-cultural systems, tamed and domesticated themselves, that brought structural changes in our body. Our hard-wiring changed remarkably that led to decline of violence in our species.

previousThe role of social instincts towards human behavior
nextAre we hardwired to band together into tribes?