How do you raise an innovative child?

Steve Jobs would continually be asked how a person becomes innovate, even offering great sums of money for the education. But the question amused him for one primary reason. Because It’s like asking Michael Jordon how do I “play like Mike”? It’s not possible primarily for two reasons. First, that’s Michael Jordon and Second, because his skills started before his desire to be Michael Jordon and his potential for incredible skills was baked into him long before he even left High school. Michael Jordon had a very high intelligence in body Kinesthetic in addition to Spatial and Interpersonal intelligences which means he was hard wired for skills in athletics.

Steve Jobs however is quite different because his intelligence is more on the Logical side with mathematics, spatial and Existential intelligences. He additionally would have tested off the charts for the instinctive tendencies of observance, curiosity and vision. These are just three of the more than 100 plus natural tendencies that produce chemical reactions in our brains which are triggered through one of our 5 plus basic senses of sight, hear, taste, touch, smell and perceive.

But to answer the question of how do you raise an innovative child, the answer is that you

focus on developing a child who is consciously observant, curious and is taught how to scale small stories and ideas into bigger pictures of what’s possible.

I am what I call a Macro Evolutionarily Theorists and Innovator and Steve’s abilities are no different than anyone else’s who has a similar combination of both intelligences and instinctive tendencies, his trained abilities include

Being an innovator involves three typical inclinations which make up a harmony of processes.

Conscious Observance is the first tendency that should be strongly supported. Children 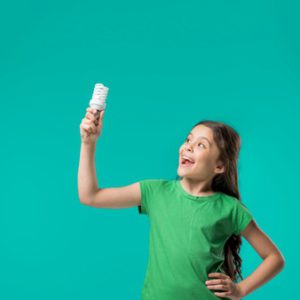 are naturally curious about their nature because that’s how they learn the world – Through their 5 plus they learn to understand how they fit into the space – into the world. Supporting their natural tendency of Conscious Observance means prompting an action that will hopefully help the child to become more conscious of the observation. That may include how they additionally receive what they are observing such as through smells, taste, etc. In doing so you are encouraging a more conscious observer and this can translate later in life to thousands of impressions one of which could be an observation that connects to anther observation that leads to the next best discovery. These are strong building blocks to a naturally innovative thinker. To be an innovator strong observational skills are more significant than any other skill as this is the skill that is essential to collecting information and facts & figures that makes our mind hungry for more information and this hunger is called curiosity. That’s why to raise your child to be an innovator you will have to improve your child’s observational skills; here is how:

Enhance your child’s observational competence by engaging him in activities specifically designed for this purpose like concentration games, drawing sketches of different objects (sketch drawing enables children to observe minor details of the object), blindfolding the child and encouraging them to recognize their surroundings s via their sense of touch, taste & smell, quick change game (change something in the surrounding & ask your child to highlight the changes) and so on. There is a famous experiment by Stanford University psychology researchers who presented a video of less than 90 seconds duration to observers. In the video six individuals passing a basketball were depicted on the screen and the viewers were asked to count the total number of basketball passes. A considerable number of viewers succeeded in counting the correct number of passes but the fact to be highlighted was that there was a man dressed in a gorilla costume who appeared in the video for 9 seconds. More than 50% of the observers failed to notice it. The conscious and active observer would not have missed the trees through the forest.

Once your child has learned observational skills, he or she will be able to collect information, form questions and this is the type of curiosity you should be encouraging which leads to the next suggestion for raising an innovative child.

Active Curiosity is second tendency that you should be encouraging in your child; it is their 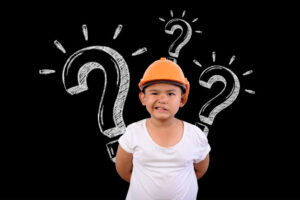 tendency towards pondering or asking questions. While this can get overwhelming at times, it’s such an important part of the process of raising an innovative child and is especially applicable for children older than 6 years of age. According to Dr. Bruce Lipton, an American developmental biologist and specialist in epigenetics, suggest that children less than 6 learn solely through conscious observation. This is why toddlers are able to learn to speak multiple languages fluently while at the age of 6 they began to lose that ability and move towards experimental learning for the rest of their lives. When a child asks questions they are trying to connect pieces of information together to better understand their experiences. This is where you have the opportunity to move them towards you asking more questions and pondering more observations. For example, if you are talking about a video screen ask them about how the game was created or where they thought the story for the game might have come from. Why should you encourage that questioning mindset at an early age? Because, the world of a new child is full of amazing things like different food varieties, new words to understand, new people to interact with, new places to visit & so on. He or she wants to know more & more; at this stage if we answer their questions and encourage them to ask even more questions then, his inborn curiosity will grow further. If, however we discourage questions, their natural quest for knowledge will decline. Among motivational factors that encourage young children to learn more and more, curiosity is the most important motivational factor for their learning. Here are some strategies to raise a brilliantly curious kid:

Once your child begins to show level of development with curiosity skills, the next step to grow them as innovators is to teach them to scale small stories and ideas into bigger pictures of what’s possible.

Understanding the big picture involves many skills, most important of which are 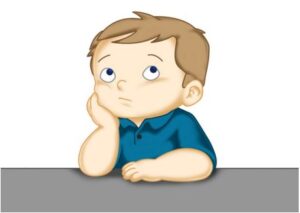 Offer them enough time to think, allocate time when they solely think & do nothing else. In other words, give them enough time when they don’t have anything to do and feel boredom, this will allow them to think about a diverse variety of things and enhance their creativity. Encourage them to connect the pieces of the experiences they have gained thus far.  No one in the history of time has ever created an idea with the absence of experiences. In order to create ideas and solutions, we must have experiences. Innovators however are very good at recalling those experiences and connecting them which further highlights the need for Conscious Observance which captures the experiences and Active Curiosity which creates meaning around those experiences. Once the brain is positioned to receive and capture observations, assembling them into meaningful solutions because as subconscious of an act as riding a bike.

So, foster your child as a conscious observer, a curious soul, & a perceiver of the big picture who in turn will turn out to be an innovator. When you grow your children to be more conscious in connecting the pieces, their natural directions in interest will flourish as they consider more of the inputs that make of the areas of their interest. Providing children healthy & creative environment, boosting their area of strengths & raising their awareness about many diverse areas improves all those tendencies that are required for raising them as innovators.

Follow us to learn more about “how do you raise an innovative child”:

previousDo you know what you were born to do?
nextMultiple Intelligences – Howard Gardner’s point of view