Do you know what you were born to do?

“In simple words, whatever you were born to do, you were equipped to do it. You are a whole equipment for success“ Israelmore Ayivor

Do you know what you were born to do? We all are hard wired with certain abilities or inclinations that are part of our DNA just like the color & texture of our hair or the size & shape of our body parts. These abilities & inclinations provide subtle direction about what we were born to do… If we’re conscious enough to read them.

Knowing & following these abilities & inclinations helps you to cultivate state of flow in your lives. Now what is meant by flow. Flow is a psychological concept explaining the mental state in which a person carrying out a task is fully absorbed into it with an energized focus & in depth engagement; & enjoys the whole process. So the question is, have you ever felt yourself in a state of flow? The answer of many is ‘No’, But Why, just because most of us don’t know what our natural gifts & talents are.

We all have unique genetic code that determines our strengths & our weaknesses, what we are good at and what we are not good at, which tasks we undertake comfortably & which tasks seem exhausting to us.

Some are born to be the greatest musician, no one can beat their pitch, they are very good at creating rhythm & tones and assembling into order and structure.

Some have innate ability to influence, from early school levels to their high school & further in their professional career they try to represent their group or teams – these individuals are born with leadership skills.

Some have extraordinary inborn athletic abilities. For instance, Bobby Moore was famous for his hitting action, the way he hit the golf ball by using an extraordinary symphony between hands and eyes to amazed audiences.

and so on, so on natural abilities are infinite, vary from person to person.

Without recognizing your natural talents, you 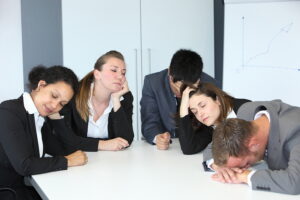 Only 33 percent of adults in the U.S. are “engaged at work.” While 67 percent are “not engaged or are simply disengaged.”

Hazardous, Hazardous, these statistics are really very alarming i.e. millions of individuals in US and all over the world are not working according to their interests & straightforward interpretation is productivity is being influenced adversely.

There is an ancient story from Asia that speaks to the power of finding one’s making. The story is called Animal School Fable by George Reavis, where he works to motivate people to pay attention to their strengths & ignore their weaknesses. He calls these natural, inclined & innate abilities as strengths

Briefly, the story is:

Once upon a time, animals held a meeting & decided to start a school to educate themselves to cope with the challenges of the new innovative world.

The curriculum was based on running, climbing, swimming & flying. Squirrel, eagle, duck & rabbit were the students.

While duck has innate ability to swim, eagle is naturally good to fly high, squirrel has the inborn ability of climbing & rabbit is hardwired to run fast. All of them were advised by their teachers to work on all skills listed in the curriculum.

Finally, due to swimming rabbit got pneumonia and could not continue further.

Duck not only scored below average in the task he was not inclined to do but additionally, its own natural swimming abilities were just average because his body was so beaten by the prior task.

Eagle refused to swim & dropped out from the school

Squirrel could not show satisfactory performance in the flying class but succeeded in getting extraordinary results in its natural ability i.e. climbing

So, George Reavis concludes how working against our strengths or natural, innate or inborn abilities can never bring satisfactory results, it in fact, negatively impacts our natural abilities because it distracts it from its true course.

Recognizing, polishing & working according to our natural abilities can bring extraordinary outcomes in our lives. We experience more conscious states of flow which leads us to those leap frog moments in our lives. 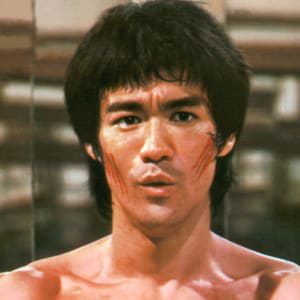 abilities. Despite a short life of only 32 years, the list of his achievements is very long. His father Lee Hoi-Chuen was star of Cantonese Opera which is why he was an inborn artist. His father further honed his abilities true conscious training. At a very young age he was introduced to films & at the age of 9 years he played a leading role in the film ‘The Kid’. Remarkable point is by the age of 18 years he had already performed in 20 different films. As career counselors define natural abilities as aptitudes that are the part of our personality at 14 years of age, that make certain tasks easy and efficient to undertake. So, this is the case with Bruce Lee, he had started acting at a very young age. 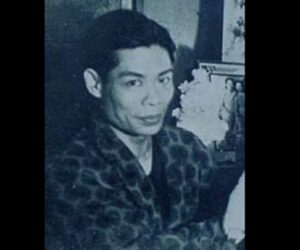 he training from Yip Man in fact proved most influential for his martial arts career. Yip Man identified his unique abilities of delivering kicks with so much precision. Meanwhile his fellow trainees came to know about his American-Asian ancestry & reported that martial art was being taught to a Non-Chinese as it was illegitimate. But this could not discourage Yip Man & he continued to train him in isolation.


An adverse street fight by Bruce Lee compelled his parents to shift him to USA at the age of 18 where he began to teach martial arts. He taught his own approach to Wign Chun that he named as Jun Fan Gung Fu by establishing a martial arts school ‘Lee Jun Fan Gung Fu Institute’, in Seattle.

He pursued drama art, philosophy & psychology for his graduate studies. Despite receiving ultimatum from Chinese community about stopping training of martial arts to Non-Chinese, he did not quit his passion of teaching martial arts

In the third year of his graduate study he was dropped out from the college that provided him an opportunity to meet with James Yim Lee, a Chinese martial artist, 20 years senior from him, together with James Yim, he succeeded in establishing another martial art training school Jun Fan martial arts studio in Oakland.

His contribution to martial art is his own philosophy ‘Jeet Kune Do’ about martial arts that is the base of modern martial arts. Its actually a fusion of martial arts philosophy from various conflicting disciplines. This is why he is known as the most influential martial artist of all time.

James Lee, his assistant instructor, introduced him to Ed Parker, an American martial artist who then introduced him to the Hollywood, where he worked in several drama serials, signed a series of contracts and became the first Asian to change the views of Americans about Asian actors. “Enter the Dragon” a 1973 movie in which he acted as martial artist, became the most successful venture of the year and earned $850000 which is equivalent to 4 million dollars at an inflation adjusted value of 2007 index & its till date earnings estimates are 200 million dollars worldwide.

Marlowe, The Big Boss, The fist of Fury, Way of the Dragon & game of death are the movie in which Lee played leading roles and all of them were very successful on the box office.

So, these were his natural abilities that contributed towards his apex, his parents identified them at his young age & backed him at every stage of his career.

So what are your natural abilities? Have you ever tried to identify them?

Surely, you will be doing something that seems somehow satisfactory to you but there is a chance that you don’t know those things that allow you to be in state of flow. The abilities that bring a state of flow in your life are actually your instinctive advantages that are your natural inclinations & the mission of Think Different Nation is to help you to identify your instinctive advantages so that you may be able to maximize your greatest opportunities and minimize your difficult life challenges.

Follow us to hear more about useful instinctive advantage insights: