Piers Steel, a business Professor at the university of Calgary, concluded in a 2007 study that 80 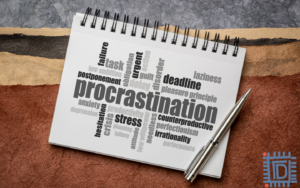 to 95 percent of college students are indulged in procrastination; around 75 percent consider themselves procrastinators, and nearly 50 percent procrastinate constantly and problematically.

Students procrastinate because they don’t see how a task is relevant or of significance to them. They don’t understand the material, or just don’t know how to commence the work.

Here are some reasons why do people procrastinate, look through them and find yours also:

If you are truly eager to break your procrastination loop, then start thinking about those particular thoughts and habits that are actually pushing you towards this distressing behavior. You cannot beat it without pinpointing actual reasons behind it. Once you will trace out the reasons, you will automatically move towards overcoming it.

Think differently and start breaking your procrastination loop today by questioning yourself: why do I procrastinate?

previousWhy practicing introspection is important for you?
nextHow Procrastination affects productivity & how to overcome it?