What synesthesia really is?

Even numbers seem gentle and pleasant to me while odd numbers are harsh and annoying for me; similarly, I associate each numerical digit with a different color and for me each color has unique personality trait like number 4 triggers blue color in my mind and I perceive blue color as something being sophisticated and trendy.  This is what that I have been experiencing since my childhood but because of my perception about it as being something aberrant and abnormal kept me to discuss it with anyone else until I knew about a concept known as synesthesia. After which I realized that I am also one of the 2-4% of the total population having synesthetic personality.

Synesthesia is actually a perceptual experience in which one stimuli triggers multiple senses simultaneously, automatically and involuntarily. It can happen among any combination of senses and cognitive pathways. People having synesthesia are called synesthetes and they may hear colors, taste words, see different sounds, visualize abstract concepts, or hear silent videos. Synesthesia takes many forms, at least its 60 forms have been highlighted so far (i.e. on the basis of different combinations among senses) and the point of interest is anyone may experience its multiple forms like a girl told me that numbers and letters trigger a color experience in her mind and at the same time she associates each number with a different kind of music. 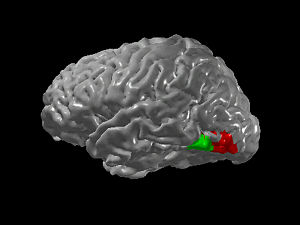 So, what are the neuroscientific basis behind this phenomenon?

Our brain automatically and involuntarily develops certain roots and pathways or connections and discards those routes or connections that are seldom used. For instance, if you are shown the picture of a famous personality, you will immediately tell his name but how? Just because our brain has the ability to make automatic and involuntary connections, this is why my brain always makes a connection between number 4 and color blue.

Results of Positron Emission Tomography (PET) and Magnetic Resonance Imaging (MRI) of the brains of different synesthetes under observation have revealed increased activation in more than one areas of the brain in response to a particular type of stimuli.  For instance, synesthetes who claim to see colors in different sounds had activation in both visual and auditory areas of the brain when their brain received sound stimuli. Researchers name it as ‘cross-activation’

Scientists are interested to know more and more about it since more than 200 years, recently some scientists and psychologist work on it proposed that synesthesia is actually the result of an excess of neural connection between associated senses

Is there any role of Heredity in Synesthesia?

How to know whether you are a synesthete?

To be a synesthete, the connection between your multiple senses must be strong enough that every time you experience a particular stimulus, your brain must respond to it in similar way i.e. same areas of the brain must be triggered and your response must also be same. This simply means synesthesia test depends on the consistency, consistency of being responding in the same way to a particular stimuli every time. If your responses are not consistent to that particular stimuli, then you are just interested in poetic or metaphoric representations but you are not a synesthete anyway.
Researchers consider consistency as a back bone of the synesthesia test, even your responses to a particular stimulus must be same even after several years and all this is tested with the help of some psychological tests and brain tests including PET and MRI

Is there any benefit of having synesthetic personality?

Some synesthetes say that this cognitive condition sometimes turns quite annoying for them. For instance, when they see numbers printed in colors other than those they associate them with irritates them a lot. Similarly, many synesthetes feel embarrassment while expressing their experience as being an aberrant one in the society.

Still there are synesthetes that consider this cognitive ability as God gifted trait and it helps them in many ways. Many people perceive it to be very helpful for them in memorizing different concepts. A famous example in this regard is Daniel Tammet who memorized nearly 22000 digits in about five hours and set a record of Pi memorization, later on he declared that this was possible just because of his ability to associate numbers with colors, textures and even sounds

Synesthesia has been linked with enhanced creativity, a 2004 study revealed that synesthetes scored more than others in every category of the creativity test ‘Torrance Test of Creativity’. This creativity is even helpful in career growth of synesthetes.

Synesthesia is really a genuine experience and synesthetes perceive this whole world differently. Even though a lot of work still needs to be done in order to get a deep understanding of the synesthesia, scientists have started to consider it to be purely conceptual and associative phenomenon. Its deep understanding will give us important information about comprehending the physiological mechanisms underlying several aspects of human mind and this will lead towards a better understanding of the cognitive process and their interconnectedness.

If you are a synesthete then start to think differently and never ever ignore or degrade your creative powers and extraordinary cognitive abilities. Work to enhance your synesthetic powers and employ these powers to find new career opportunities or grow your career exponentially.

previousHow to deal with chronic stress?
next10 ways successful people think differently than others