Why do we scroll endlessly on social media & how to stop it?

Do you know all social media platforms have one thing in common, what is it? It is the feature of endless scrolling; this is the built-in component of the feed regardless of its name that varies from one social media app to the other. This  news feed is the base of interaction and engagement and the primary source through which users are exposed to the content. The main idea behind this feature is that there is an endless stream of content for the users depending on who they follow or interact with. Various social media apps analyze your interests by evaluating your past activity. This is how their algorithms work and show you the content related to your interests; and when these algorithms show users the content they might be most likely interested in, they offer targeted audiences to various business accounts (that are referred to as business profiles in some social media apps). This results in an infinite stream of information and lets us engage in an infinite scroll. This mindless scrolling eats up a lot of our valuable time and leads to anxiety, depression and other mental health issues. This is a dark side of the internet that we spend a lot of time with our screens despite knowing the ill effects of excessive screen time.

Why we do it

The user interface design for social media traps the users, this is especially true of mobile apps. 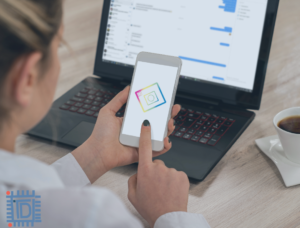 Desktop applications are also full of these hooks, but they are not that severe. In recent years, social media has been optimized for mobile. Most of the social media platforms started out as a website and later on appeared in the form of mobile applications; people are using both desktop and mobile versions though, but mobile usage is quickly surpassing the desktop version. And now you might see social media platforms that originated in the form of mobile apps and later on introduced their desktop interface, and Instagram is the biggest example that introduced its desktop version after the two years of launching its mobile application.

Once you use social media on mobile, the desktop versions no longer seem exciting to you, and you want to enjoy that simple finger swipe gesture more and more that a mobile interface offers. This results in the endless loop of scrolling through your social media accounts.

Different researchers present a different explanation for this never-ending scrolling.

According to the opinion of a consultant in neuropsychology Susan Weinschenk, the reason we can’t stop scrolling on our app feeds may be a dopamine seeking-reward loop.  Dopamine is critical in various functions of the brain, one of which is “to cause seeking behavior”. In the case of scrolling through a social media app, the more you scroll through, the more is the desire to scroll for more information and this is due to dopamine that makes you curious and arouses you to seek more information. Thus, this endless scrolling may be a trap of the dopamine loop that  makes you curious for more information.

A video tutorial by GCFglobal explains: as a Skinner box is used by psychologists to study certain animal behaviors. Some Skinner boxes have a lever for an animal to push and upon pushing it, at some instances animals get a reward i.e. food, while at other instances the animal does not get anything. So, the animal keeps on pushing the lever repeatedly until food is delivered. Something similar happens when we scroll through our news feeds. We also look for a reward, that may be in the form of a funny or exciting post. Once we find one, we continue scrolling in search of the next one, in this way we keep on scrolling and scrolling until we get a good post as a reward.


Effects of this endless scrolling

According to a McMaster study, there is a correlation between internet addiction and higher 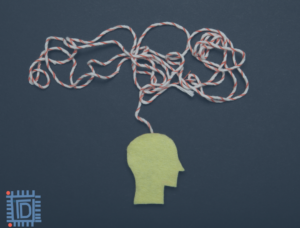 levels of depression, anxiety, and ADHD symptoms that affect planning, time management, and impulsiveness. A 2014 study by Facebook examined the extent to which the role of  social media use must be accounted for in the diagnosis and treatment of mental health. In this study, Facebook manipulated the content of its users’ news feeds to judge the effect of social media on mood. Unsurprisingly, people mirrored the emotional state of the posts they just went through. In the same year, a more targeted research report was released that revealed that aside from general internet use, using Facebook specifically decreased users’ moods. Research conducted earlier  in the given year showed a connection between social media use and depression. Participants that were habitual of frequent social media usage were 2.7 times more likely to be depressed. One fourth of all participants who reported an average of 61 minutes of social media usage a day found high indicators of depression.

Ways to stop it

A clinical psychologist Navya Dev says, “On social media, our main aim is to connect with 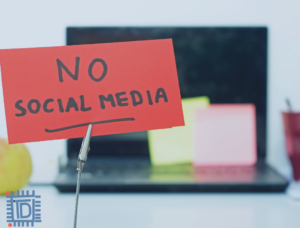 people and information, but we often forget to connect with our own self and people around us. So, we must think about getting out of the trap of mindless scrolling on social media and find ways to utilize it for getting meaningful information and productive ideas. We may go for online classes, interact with our loved ones and so on. So, without cutting us off from the digital space, we may utilize it for our benefits.

Navya Dev further adds that it’s also a good idea to take several breaks throughout a day. As our endless scrolling habits formed during the recent pandemic, before it, we had different spaces and time allotted to various activities e.g. work, home, meeting friends and leisure pursuits. Because of various restrictions imposed during the pandemic, we spent a lot of time at home and accomplished most of our work online, when we were confined to places we formed a strong connection with the digital world that’s not easy to break now in spite of relaxation of various social restrictions.

previousSigns you are an internet addict & what may help out?
nextWhat is doomscrolling trap & how to get out of it?